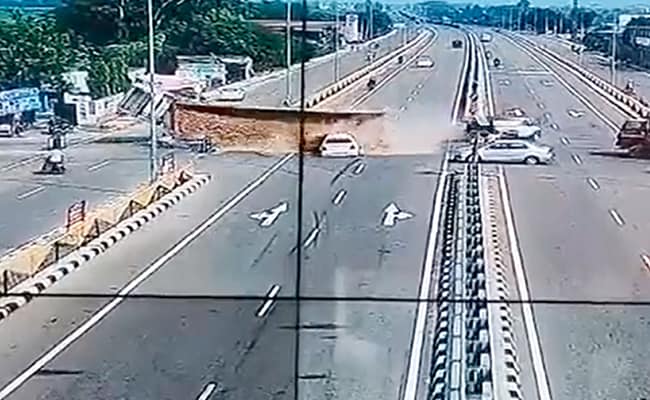 One car had a narrow escape although its passengers were injured

Three members of a family were killed after a loaded trailer lost balance and fell on its side, crushing the car they were in.

The tragic accident, which took place at Punjab’s Behram on the national highway connecting Phagwara and Chandigarh, was captured by a CCTV camera.

The video shows the loaded 18-wheel trailer take a sudden turn without slowing down. The huge vehicle loses its balance and its contents fall on the road. The trailer blocks the way of two cars coming from Phagwara; one of them is crushed and the other has a narrow escape. A couple and their son were in the crushed car and died on the spot. Three passengers in the other were injured.

Visuals from after the accident showed that the car’s frame had been flattened, making it evident that nobody could have survived the crash.

Police have registered a case against Major Singh, the driver of the trailer, under several charges, including rash driving.