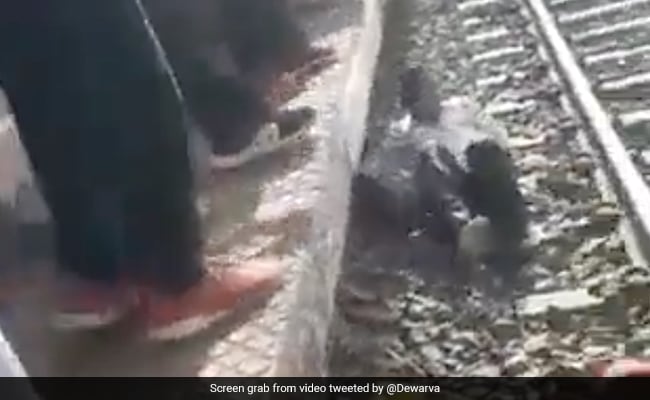 The video of the incident has gone viral on social media.

A passenger had a miraculous escape after he came under a train at Bharthana railway station in Uttar Pradesh’s Etawah district.

The video of the incident has gone viral on social media.

The man fell into the gap between the platform and the tracks before a train completely passed over him, leaving him unscathed.

The incident took place on platform No.2 when the Superfast Intercity Express, which had departed from Agra, reached the Bharthana railway station at around 9.45 am on Tuesday.

The man reportedly tried to board the moving train and in the process, fell onto the tracks. Being lean in frame, the man managed to squeeze between the train and the platform wall, letting the train pass over him.

The entire incident was caught on camera by a large crowd gathered on the platform. After the train passed over him, the man got up, gathered his belongings from the tracks and gestured to the crowd with folded hands.

Recently, a teenager was critically injured after being hit by a speeding train while he was trying to make a reel for Instagram along
a railway track in Telangana.

The class 11 student was walking along the track, trying to make a video, however, the stunt proved to be costly as he was tossed in the air due to the impact of the collision.

Indian foods that can change your luck