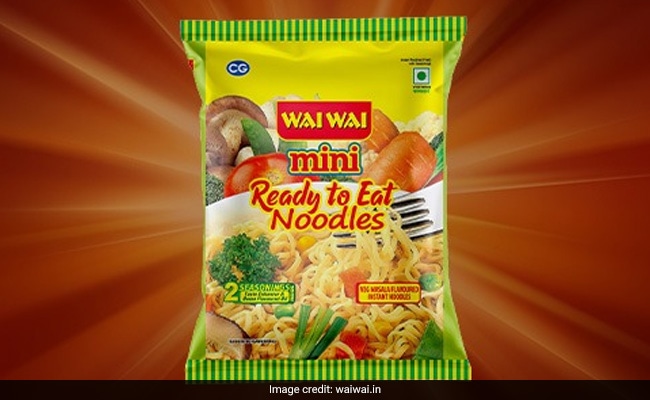 Wai Wai noodles has its origin in Nepal.

All of us foodies love noodles. Be it trying different variations of Maggi or eating Wai Wai noodles, all of us can never get enough of instant noodles. But did you know that the snack we munch on is actually from Nepal? From being that packet of noodles in our neighbouring country to making its way to dining tables across 32 countries, Wai Wai has traveled a long way.

Instagram user Beryl Shereshewsky shared a video where she discussed the history of these noodles. She claimed that the noodles originated in Nepal. Binod Chaudhry bought the Thai noodle brand “Wai Wai” which translates to fast food. Mr Chaudhry then changed the flavour profile of the brand to noodles to match the food preference of people in Nepal. This also made him the first and only billionaire of Nepal. The video further claimed that Nepal is the second largest per capita consumer of instant noodles. The user also shared a few recipes of the noodles, which can also be had as a snack.

Now a Nepalese billionaire businessman, politician and philanthropist, Mr Chaudhry’s empire was built on these noodles and is currently spread across the globe.

The video has been captioned as, “Wai Wai Noodles are Nepal’s addition to the global instant noodle craze. On my channel, I have made a couple dishes with Wai Wai Noodles, but there possibilities for these spicy, savory, and umami noodles are endless. How do you like to eat them?”

Since being shared, the video has amassed 1.6 lakh views and over 12,000 likes. Several users were amazed to know about the history of the brand.

One user commented, “Never knew it was from Nepal but amazing noodles with a lot of different ways to consume it.”

“I survived on these on my Everest base camp trek. After a long day at the tea houses when nothing should entice my appetite at the high altitudes, these would do the trick. Hey say dal bhat power but for me it was wai wai power all the way,” said another user.

“I like to eat them uncooked and crispy as chips when I’m on my way somewhere- but hot with fried onion and garlic,” commented a third.

A fourth user said, “Love wai wai noodles and so interesting to hear their story!”

“Yum I want to try! I love those noodles!” remarked a fifth person.