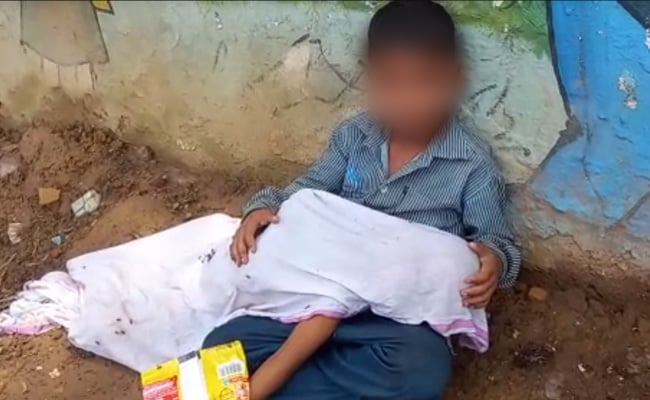 Gulshan sat by road with the body of his brother Raja in Morena.

A tiny arm sticking out of one corner of a white cloth covering a small body, its head resting on the lap of a dazed young boy, back to the wall and bundled on the side of a dirty road, told a story of unspeakable helplessness and apathy.

In visuals shot by a local journalist in Madhya Pradesh’s Morena town on Saturday, 8-year-old Gulshan was seen sitting with the body of his 2-year-old brother Raja while their father Poojaram Jatav desperately looked for a vehicle to take them home.

A resident of Badfra village of Ambah, Poojaram had brought his 2-year-old son to the Morena District Hospital – around 450 km north of Bhopal – after being referred there by a local hospital in an ambulance.

Suffering from anaemia and ascites – abdominal swelling caused by the accumulation of fluid, most often related to liver disease – Raja died during treatment. But the ambulance that had brought them had already returned. 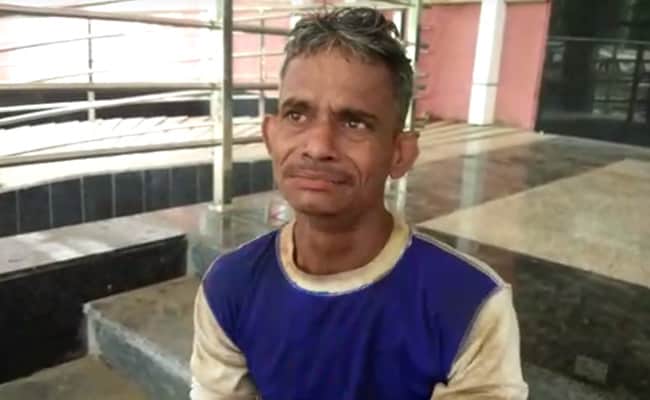 Poojaram Jatav said he could not afford a vehicle to take his son’s body home.

Poojaram, a man of limited means, pleaded with the doctors and staff of the hospital for a vehicle to take the body back to his village, around 30 km away. He said he was turned down and told the hospital did not have a vehicle at hand, and he would have to pay for one outside.

An ambulance operator parked on the hospital premises asked for Rs 1,500 – much more than what the single father of four could afford.

A helpless Poojaram left the hospital with the body of his son Raja, Gulshan in tow. He could not find any vehicle.

It was then that he decided to leave Gulshan in front of Morena’s Nehru Park as he went to look for a ride back home that he could afford.

For half an hour, Gulshan sat there, his dead brother’s head on his lap, eyes gazing out for his father’s return.

Caressing the body, swatting away flies, a tear or two would roll down his cheek. A crowd gathered and someone alerted the authorities.

Finally, a police officer Yogendra Singh picked up the body and led Gulshan back to the district hospital where Poojaram and his sons were given an ambulance, at last, to make their way home – a difficult ride for any family, now made more harrowing.