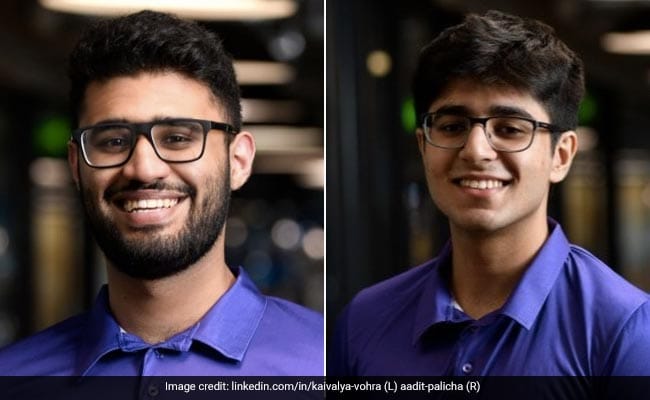 Kaivalya Vohra and Aadit Palicha, the co-founders of the quick delivery startup Zepto, have become the youngest entrepreneurs to feature in the IIFL Wealth-Hurun India Rich List 2022. At the age of 19, Kaivalya is the youngest among the richest Indians. Kaivalya is ranked 1036 with a net worth of Rs 1,000 crore on the Hurun list. Aadit Palicha is ranked 950 and has a net worth of Rs 1,200 crore.

They had earlier featured in Forbes magazine’s influential “30 under 30 (Asia list)” in the e-commerce category.

Both the young entrepreneurs are also the youngest start-up founders in the Hurun India Future Unicorn Index 2022. The inclusion of Vohra and Palicha in the list of India’s richest indicates the growing influence of the country’s startups.

“A teenager debuts the list! The youngest on the list is 19-year-old Kaivalya Vohra who founded Zepto. The youngest, ten years ago, was 37 and today, is 19, indicating the impact of the startup revolution,” Hurun India Rich List mentioned.

Vohra and Palicha were students of Stanford University, who later dropped out of their computer science course and pursued entrepreneurship. Both friends started Zepto in 2021 to fulfil the growing demand for quick and contactless delivery of essential items in the days of the pandemic.

Palicha started his entrepreneurial journey at the age of 17 when he founded a carpool service for students named GoPool in 2018.  Before launching his startup, he was a project lead with PryvaSee, an Artificial Intelligence (AI) based project on privacy policies.

“No Security Lapse At All”: Kashmir Cops On Rahul Gandhi’s Yatra

Pak finance minister wants Allah to do his job; ‘His responsibility…’ | Gets brutally trolled